China, Taiwan stuck in the ‘friend zone’ on Pingtan

In January, China appointed a Taiwanese citizen, Liang Qianlong, as deputy chief of an experimental ‘common homeland’ for both nations on Pingtan Island. 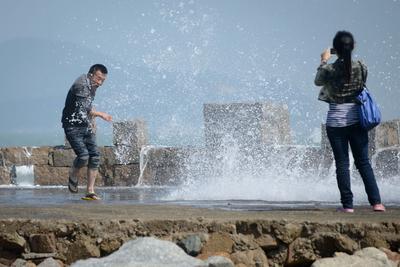 Beijing aims to transform Pingtan into a special economic zone of industrial cooperation between China and Taiwan. It has allocated US$40 billion under its 12th Five Year Development Plan to attract Taiwanese talent and investment, and rolled out numerous policies to encourage Taiwanese to move to the island. Taiwanese citizens will be able to serve in the island’s local government, drive Taiwan-licensed cars, gain tax incentives, and profit from the simultaneous circulation of Taiwanese and Chinese currencies.

The project symbolises Beijing’s goal of reuniting Taiwan with the mainland as part of its ‘one country, two systems’ policy. Home to a minor naval base, the island is significant as it is the closest Chinese territory to Taiwan. It will sit alongside Shenzhen, Hong Kong and the Sinuiju Special Administrative Zone in North Korea as yet another special economic zone where political power remains concentrated in Beijing. Pingtan is the latest hint from Beijing of its desire for political integration — executed, yet again, without much input from Taipei.

This has led to controversy over the political branding of Pingtan Island as a ‘joint venture’. On the one hand, Beijing asserts the island is ‘jointly planned, jointly developed, jointly managed and jointly profiting’ as part of its Five Joint Implementation Regulations. On the other hand, Taiwan’s Mainland Affairs Council has distanced itself from the project, emphasising that the ‘joint’ model does not represent the Taiwanese government’s stance on the subject. The conflicting views on Pingtan Island are a broader reflection of the cross-Strait relationship — divergence on how to develop cooperation, failures to communicate, and a lack of mutual trust.

Taiwan will continue to rebuff Beijing’s aggressive campaign to woo it through preferential treatments such as the Pingtan Island economic zone and the Economic Cooperation Framework Agreement. China’s attempts to demonstrate the benefits of (re)unification are at the mercy of not only Taiwan’s democratic electoral cycle but also changing demographics. Recent polls show that an overwhelming 76 per cent of Taiwanese citizens support the status quo, and the desire to move towards independence in the future is rising. The number of those who identify as solely Taiwanese is at an all-time high of 58 per cent, while those who identify as both Taiwanese and Chinese or solely Chinese are decreasing.

Consequently, the remaining two years of Ma Ying-jeou’s second and last term as Taiwan’s president offers a short window for Beijing to promote (re)unification and institutionalise closer ties. Beijing has to contend with Ma’s stunted ability to not only progress ‘China-friendly’ policies through the legislature, but also to make them attractive to Taiwanese voters. President Ma’s popularity is declining, his policies have failed to reinvigorate economic growth, and a series of political missteps has meant he has had to tread carefully on cross-Strait relations. If Ma’s ‘pro-China’ policies continue to contribute to the Kuomintang’s declining approval rate, he will concede more votes to the opposition Democratic Progressive Party.

Taiwan perceives Beijing’s unilateral experiment with (re)unification policies on Pingtan Island as a form of political coercion. The Chinese government keeps approximately 1200 missiles pointed towards Taiwan and Beijing maintains enough forces to attack the island if it declares formal independence or indefinitely delays (re)unification. As long as Washington retains its commitment to defending an unprovoked attack on Taiwan, the cross-Strait issue remains a potential flashpoint for conflict. Therefore, recent moves toward reconciliation, such as the establishment of the first formal government-level dialogue in 65 years, remain tokenistic despite being hailed as breakthroughs.

If anything, the preferences of Taiwanese citizens indicate that the future only spells more trouble for Beijing’s (re)unification policies. The longer the status quo is maintained, the higher the proportion of those who identify as solely Taiwanese. And in the meantime, Taiwan’s democracy will continue to consolidate, along with its desire to remain politically independent. The establishment of Pingtan Island is a political overture that is unlikely to lead to any substantial reconfiguration of cross-Strait relations in Beijing’s favour.

Sheryn Lee is a PhD candidate at the Strategic and Defence Studies Centre, The Australian National University, and a non-resident WSD-Handa Fellow at the Center for Strategic and International Studies.

Taipei machine tool exhibition to open as scheduled despite COVID-19

Groups call for crackdown on illegal buildings to protect firefighters

Number of transnational marriages drops by half in 2020